A place at the top table [8 Trends]

In the drive towards gender diversity, the eyes of the world are on the boardroom

An impassioned discourse around gender has come to frame and define the narrative of modern global society. Over in the boardroom, to what extent are debates around gender diversity and equality driving change?

Over the past 12 months, the issue of gender diversity and equality has rarely been off the front page. Having periodically bubbled to the surface for a number of years, it is suddenly top of the news agenda and our global consciousness.

Many of the examples have become so infamous that surely few can be unaware of their seismic impact: from the fall-out from the huge gender pay gap at the BBC and other UK organisations to the collapse of Hollywood’s house of cards around shocking historical sexual abuse; from the evolution of understanding around self-defined gender identity and fluidity to individuals sharing their personal experiences of gender discrimination and harassment with the hashtag #metoo.

If 2017 saw the tipping point reached in highlighting discrimination in all its forms, then it is this year that society at large expects and demands to see real progress.

As a consequence, there’s never been such scrutiny on boardroom targets around gender diversity; the theory being that if the balance is redressed at the top, this will filter down the corporate ladder.

What’s the current state of play?

According to a widely noted Deloitte report published last year, women account for 15% of seats at the boardroom table globally. This represents a 3% rise compared to 2015, highlighting that progress is being made – albeit slowly and from a very low base.

Norway leads the world on parity in the boardroom, with 42% of board roles filled by women, with Sweden also high on the list at 32%. It’s perhaps unsurprising that the more socially progressive Scandinavian countries appear in the highest echelons of the list of 64 nations. But they are hardly likely to be viewing the numbers as a success, given they all still fall below the perceived desirable 50/50.

It is also notable that in companies with a female CEO, 29% of board roles are filled by women, again suggesting that focusing on diversity and inclusion at the very top tier is the best way to facilitate change at more junior levels.

The Deloitte study found that 20% of boardroom roles are filled by females overall in the UK. However, the UK government’s Hampton-Alexander Review, published in November 2017, is slightly more upbeat: the current figure is just under 28% for FTSE 100 companies, up from a low base of 12.5% in 2011.

Is setting quotas the right way to go?

Ambitious targets for equal representation in the boardroom are being set. The Women’s Forum of New York has set a goal of a minimum of 40% of women on the boards of all Fortune 1000 and S&P 500 companies by 2025.

While setting targets, whether mandatory or voluntary, may be a laudable exercise, tracking progress and finding ways to attain these goals is far more complex.

This was one of the key topics of discussion at the 2017 Page Executive Women in Business event in Birmingham, UK. Interviewed at the dinner, Danuta Grey, Independent Non-Executive Board Director at PageGroup, suggested that the old adage ‘What gets measured gets done’ is a key point to remember.

However, Dame Denise Holt, who also spoke at the event and is Non-Executive Director at HSBC, cautioned against positive discrimination ultimately helping companies hit their targets. “Clearly you don’t want someone on a board who just meets a target, who isn’t competent to do it. However, [targets] do force organisations to find a better shortlist.”

Helen Schwarz, Director at Page Executive, suggested that initiatives to improve gender diversity at board level are certainly gathering momentum. She commented: “We need to make it easier and more acceptable to balance career and family, ensure women get mentors, sponsors and career development, and create workplace cultures where women feel valued. As well as considering existing employees, it also requires businesses to take on new and innovative approaches to access more diverse talent pools.”

Esther Roman, HR Director at PageGroup, agrees and argues that improving a company’s culture around diversity and inclusion needs to be married with appropriate leadership behaviours that promote the adoption of a culture built around fairness.

“Leaders need to create an atmosphere of psychological safety in the workplace,” she explains. “Employees, particularly those in leadership roles, need to know that they won’t be punished when they make a mistake or take a calculated risk. If they have been discouraged from taking risks or speaking their mind previously for fear of upsetting the status quo, the knock-on effect is that it may have hampered career development, especially into the boardroom.”

Employees, particularly those in leadership roles, need to know that they won’t be punished when they make a mistake or take a calculated risk.

PageGroup’s Danuta Grey agrees, concluding that a levelling of the playing field requires a multifaceted approach: “You have to look at recruitment and appraisal processes, and challenge your thoughts on the convention of what great leadership looks like – which isn’t always a masculine model. It’s absolutely essential that you have real genuine commitment by leaders.”

You have to challenge your thoughts on the convention of what great leadership looks like.

We hope you enjoyed reading this article, which is part of our ‘Executive Trends’ series where we explore the biggest challenges facing senior business leaders and executives today. You can access all previous articles by clicking here. 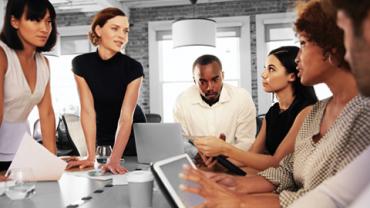 Flattening the management pyramid [8 Trends]
How the digital age invites horizontal leadership Fuelled by fierce competition for talent, there is a growing trend…
6 min read 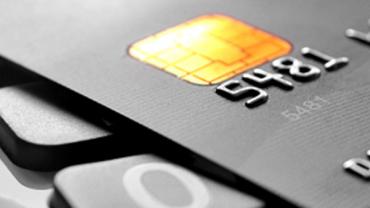