Banking and Finance Jobs in London – Our Salary Survey 2017

Page Executive recently conducted a salary survey on a number of banking and asset management roles at European banks based in London – you can download the full report at the end of this article.

Against the backdrop of market uncertainty around Brexit, the report makes for particularly pertinent reading for those across the sector.

In the months following the referendum a number of large banks reassessed their strategies and cut teams, particularly those related to the emerging markets and those on their trading floors. However, other banks seized the opportunity of having less competition and are growing the same teams. Furthermore, banks are hinting that they are moving teams to Europe, with quite a few starting the transition well before the June vote.

It does seem that for many of these banks, the cost and disruption of moving their operations will be too great, and instead they will ride the Brexit wave and will devise new strategies to work with the new market conditions.

However, there are other European banks who are moving their trading desks to London. There are also a number of international financial services firms who only have representation on the European continent, so plan to open a London office as a result of Brexit to do business in the UK.

Some European banks are focused on growing their London teams as their home markets are very competitive and feel that London is the best platform to have a globally focused origination team.

To summarise, we’re expecting 2017 to be a year of change and a time for banks and funds to strengthen themselves in this new environment, with headcount growth expected in direct lending, corporate and financial institutions coverage, credit analysis, trade finance, asset finance, Fintech, SME banking, M&A, private equity (including renewables and infrastructure).

Key highlights from the survey

In 2016 there was limited hiring at Director and MD level in banking origination teams, with the bulk of recruitment at Analyst and Associate levels. As a result, compensation for ‘juniors’ was disproportionally high compared to experienced members of the team.

There were also a number of redundancies at MD level in corporate and investment banks last year, as banks focus on cost-cutting. Base salaries have remained relatively stable and bonuses were largely flat in 2016 compared to 2015. The expectation is there will be little change in 2017, if anything a downward pressure on bonuses.

2016 was a tough year for hiring in the large IBs as most had hiring freezes before and after the Brexit vote. Many of the bulge bracket names trimmed headcount by 20% across the board as pipelines were expected to reduce significantly.

Towards the back-end of last year, the market remained resilient and Brexit concerns were more muted when compared to the month after the vote.

Some banks started to selectively search for candidates where there was an urgent gap in the team but generally remained cautious to add too many more fixed costs. MDs were confident hiring would return to normal by Q2 2017.

Several MDs left the large investment banks in 2016 and either started their own boutiques or joined an established boutique, taking long standing client relationships with them. As a result junior recruitment in boutiques was buoyant in the latter half of 2016. 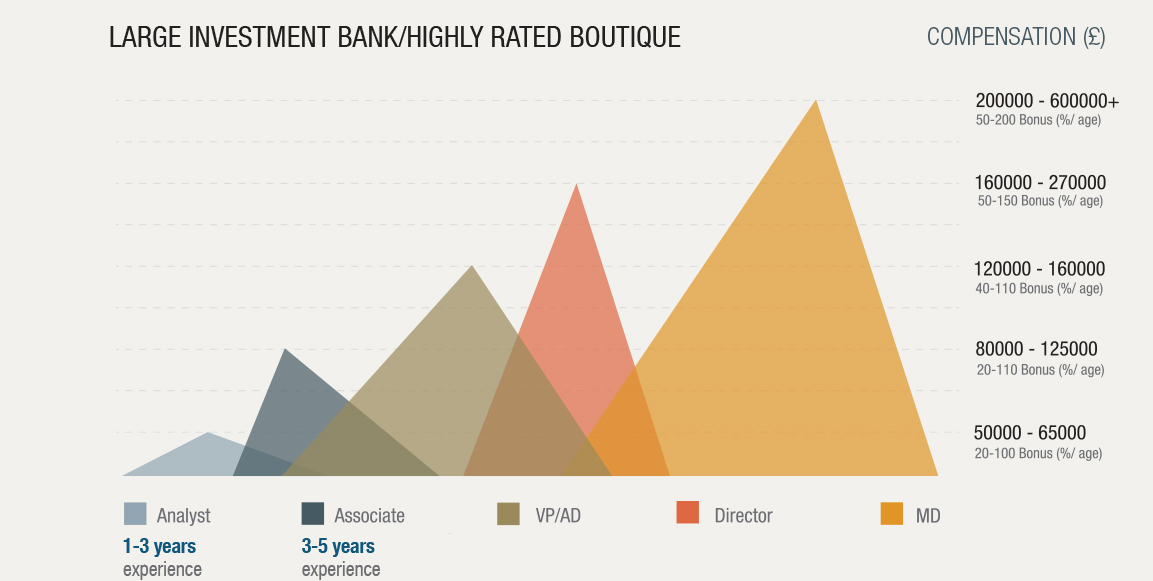 The infrastructure sector continued to be strong in 2016, particularly in equity investment. There were a number of senior hires at small and large equity funds, however the bulk of the recruitment was at junior levels.

A number of the more mature infrastructure equity funds have started to implement an origination/asset management model and have hired senior people from industry to manage assets. This trend is expected to continue this year. 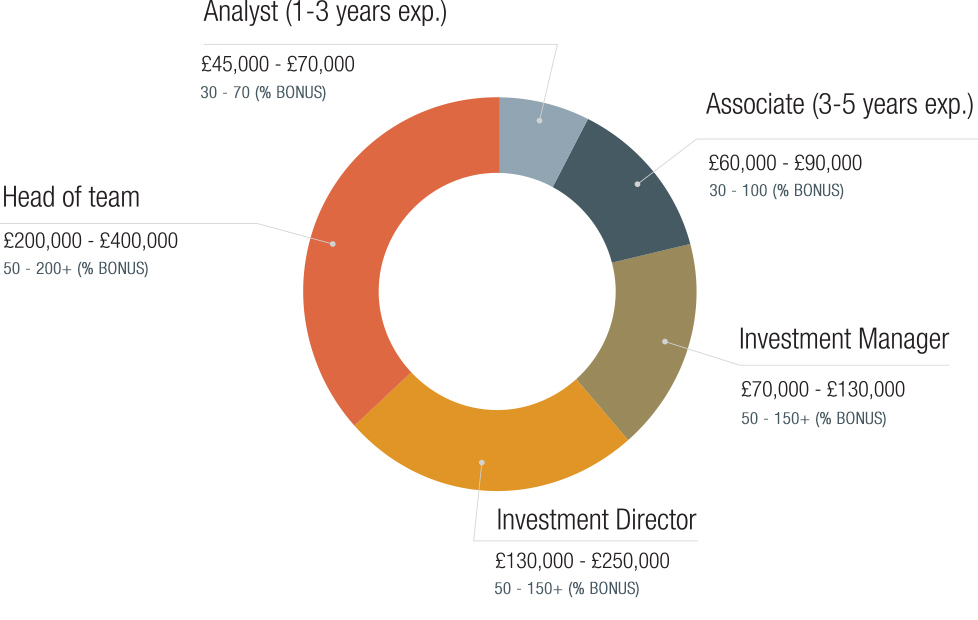 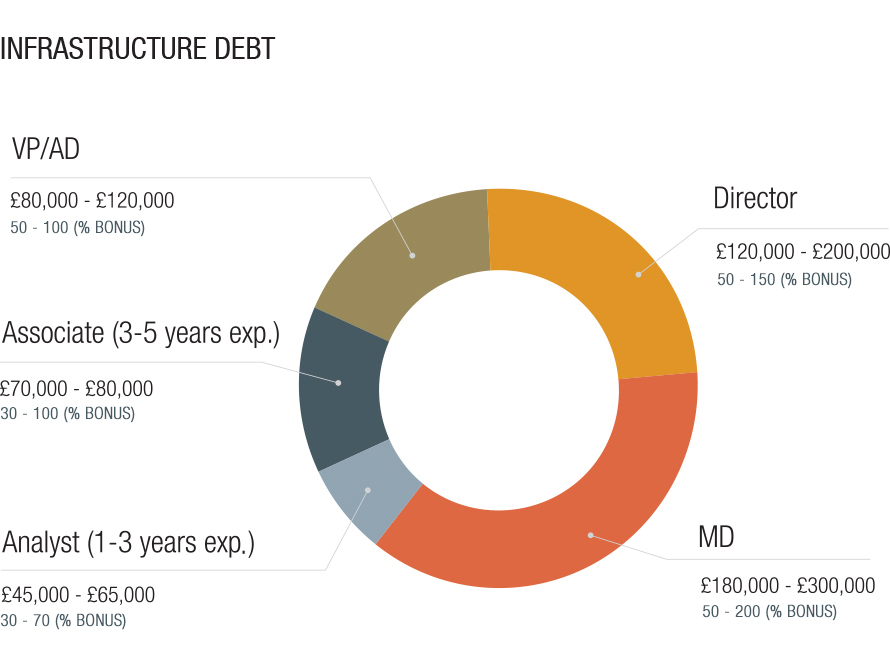 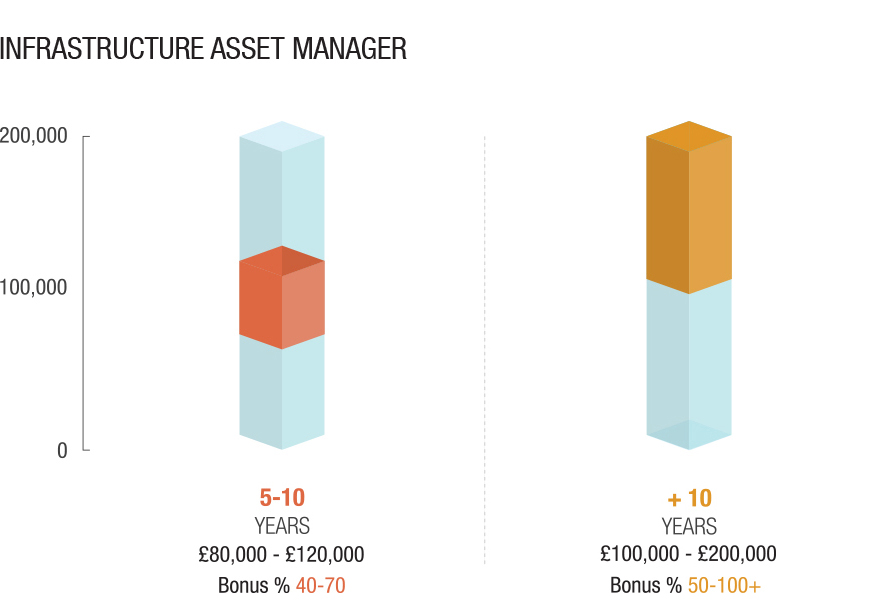 In addition to the above, the survey includes data in the following areas:

Bespoke reports can be commissioned and tailored to meet the exact requirements of your bank, or on a case-by-case basis.

If you would like to explore any of these options or have any further questions please contact Tara Bagley, Director at Page Executive, for a confidential discussion.