The Rise of Aircraft Leasing in Asia’s Aviation Industry

Even though passenger numbers are expected to double between now and 2037, it is not all good news in the world of aviation. Here is a brief introduction to the aircraft leasing industry, its growth potential in the near future, as well as the top employment and hiring trends for 2019.

The International Aviation Transport Association (IATA) predicts that, driven largely by rising fuel costs, the overall costs in the aviation industry will grow by 7.4% in 2019, thus outpacing a 6.5% rise in revenues. As such, airlines are increasingly looking for ways to manage their operation costs — and they have been doing a relatively good job so far. Part of the reason is through aircraft leasing, whereby airlines and aircraft operators rent aircraft on a contractual basis.

First, the basics. Most airlines are hesitant to purchase aircraft of their own — and for good reasons. A single Boeing 777-9, for example, can cost up to US$409 million. As such, it makes more economic sense for airlines to rent these aircraft instead. Not only does this increase the number of aircraft in the fleet, it does so without incurring crushing financial burden on the airline in the long run.

Over the years, many airlines have caught on and boarded the bandwagon. The increase in leasing deals, for example, has led to significant market growth in this relatively niche sector. In fact, within aviation, aircraft leasing is one of the most recognised markets across the globe.

Market Research Future (MRFR), for one, has the numbers to prove it. According to one of their recent reports, the global aircraft leasing market is set to reach US$62 billion by 2023, registering a 4.75% CAGR during the forecast period.

Given the growth potential of the industry, commercial banks are getting in on the action as well. While they used to be the primary source for aircraft financing, commercial banks are now posing themselves as aircraft lessors. In this case, airlines typically purchase planes in bulk, sell them to banks, and then lease them back. While this might seem counterintuitive at first, this practise actually allows airlines to save on the depreciation cost, which in turn increases profit and saves the taxes.

The industry is growing

Interest in the industry has also increased across the Asia-Pacific region in the last decade. For example, since 2011, there has been a significant increase in demand from Asia Pacific-based airlines, particularly from China, India, Vietnam, Indonesia, as well as the Philippines. Since 2010, Asian banks, equity and debt capital markets, as well as asset-back securities market have also played a major role in aircraft leasing industry’s strategic importance.

As for the scale, there were about 800 airlines globally in 2018, and they would require over 45,000 new aircraft over the next 20 years. Secondly, in terms of investors and funding, there are over 350 aircraft lessors, over 200 active banks, as well as over 1,000 capital market investors.

The new king of the skies

Historically, Dublin and Singapore were considered global talent hub for the aircraft leasing industry. Singapore, in particular, was favoured by the top 20 lessors in the world due to the city-state’s friendly tax policies.

However, since Hong Kong’s tax reforms in 2017, the city has gradually become the destination of choice for many of the top 20 global lessors. In fact, many in the industry now view Hong Kong as the ‘Dublin of the East’, what with the significant reductions and changes in the operating lease taxes. So far, these efforts have bore fruit for China as well.

The centre of gravity has also shifted towards the Asia Pacific for the aircraft leasing industry. Many top lessors and OEM manufacturers now estimate that between 40–50% of their global revenue will be generated in this region for 2019 and 2020.

Hiring trends in the sector across Asia Pacific

With the stage now set, here is a selected list of hiring trends in the aircraft leasing industry:

The future is exciting

The aviation industry in Hong Kong is currently full of opportunities and potential. The upcoming years look to be even more exciting as Hong Kong establishes itself as a hub for aviation and leasing. 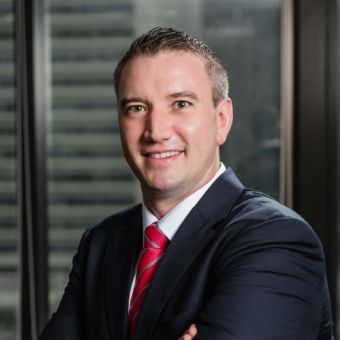